Until recently, Linkedin was a thing that always just pottered along in the backgroudn for me. I’d set it up eight years ago when I first took up the life of a freelance pirate, and it had kept going, but hadn’t really done very much. Largely because I hadn’t made the most of it, but it was always there. Then, once I took the time to update it and properly update my profile, a slew of opportunities came in.

There’s a lesson there.

One of those opportunities was to work for Roadhouse Games on a tablet game called Warhammer 40K: Carnage. With a title like that, I was already hooked. I spoke to the guys from Roadhouse to find out a little about the game and what it was they wanted from me. From what they were telling me, it was clear they wanted a lot more than just a simple MacGuffin to kick Space Marines into battle against Orks. No, they wanted a detailed planetary description with warzone, locales, objectives and names. They wanted a detailed planetary history stretching back to pre-Imperial days that lays the seeds for the campaign to come. 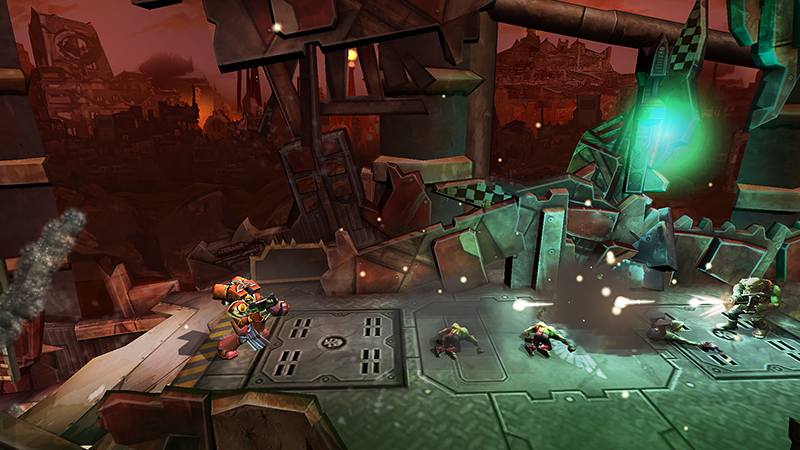 That was right up my street, so I set to work in the world-building of the planet itself and its history, working in seeds from its earliest days that would bear fruit in the contemporary setting. I had to introduce a rationale for why only one Space Marine was fighting, together with how the equipment drops worked narratively, together with reasons for how other Chapters might get involved in the fight and how things could get shaken up by a variety of different endings or narrative paths taken by the player. As well as opportunities for extra factions to be added, new opponents to be integrated and a wealth of other options. 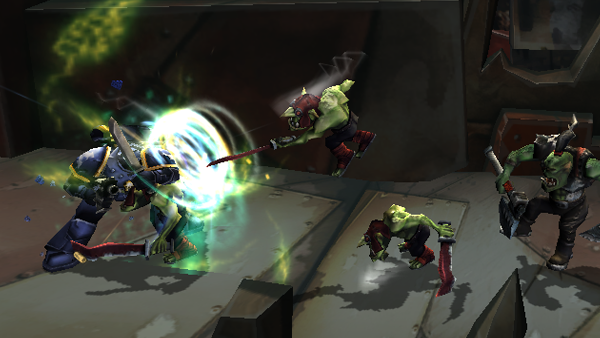 I had a blast creating the game world and its history, and by the end of the process, I was all set to use that world as the setting for a story of my own. World-building is incredibly satisfying and the more you do it, the more stories suggest themselves to you (at least they did to me…). By the time we got to the end of the writing, I remember thinking that there was a huge amount of background text, more than would likely be needed for side-scrolling shooter, but having played the game and seen the way Roadhouse are introducing the history and secrets we developed, the more I’m seeing just how vital that kind of texture is to a game, even one that might not apparently require it.