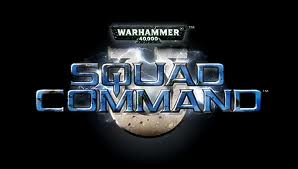 This was a project that came out of the blue, if I remember correctly. It’s been a while since I did this, so bear with me.

Squad Command was a turn-based combat game for the PSP by RedLynx/THQ, where the player takes on the role of a squad of Ultramarines in battle against the traitorous forces of the Word Bearers. Each Space Marine has a number of action points to spend in movement, shooting and close combat, and once you and your guys have taken their turn, the enemy gets theirs. 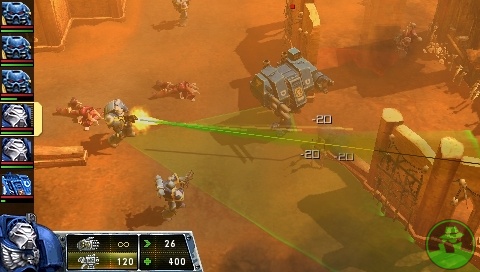 It’s a cracking little game, and I played it quite a bit while sitting in hospital wards waiting for our firstborn son to arrive. The maternity ward rang to the sound of bolter fire and chants of ‘Death to the False Emperor!’, which I’m sure was a change to the usual shouts echoing from its walls.

By the time I came on board, the developers had pretty much gotten to the stage of the game being finished and had placeholder text between the various game levels to narrate the progress of the campaign. Only, as the game neared its completion, someone noticed that the placeholder text was still just that… So I was asked to write the cinematic narration for each of the level intros, taking the player through the various levels and characters and introducing each mission. 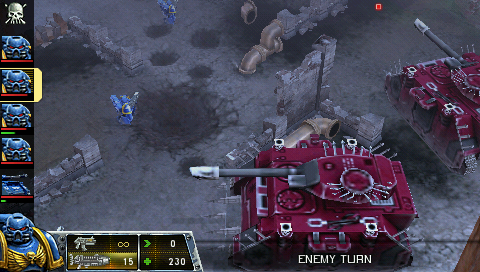 As things were time-sensitive to say the least, this was a job that pushed all others to the side. I got a beta of the game to play on the PSP and thoroughly enjoyed it. And to see my words being read in Voice-Over-Man’s voice was pretty special. I still have my PSP and plan to pass it to Evan when he’s a little bit older so that he can play the game I was playing when he was born.

There’s a certain symmetry there that I like very much.